Solar power in its various forms can certainly be confusing if you’re new to the world of renewable energy. Below are some of our solar power FAQs with answers to common solar questions in relation to residential and commercial systems.

1. What is a solar energy system and how does it work?

Your solar system works by converting light from the sun into energy which you can use in your home or export to the grid. Panels on your roof generate DC (Direct Current) Electricity, this is fed into an inverter which converts the DC electricity into 240 volt AC (Alternating Current) Electricity which can be used in your home. See here for more information.

2. What does a typical home solar power system consist of?

3. What happens on cloudy days?

Your system will still produce electricity during cloudy days however production will be less than on sunny days.

4. What can affect the amount of solar energy generated?

The amount of energy produced by the solar system depends on the following factors:

Panel Orientation – A system facing due east or due west will produce around 15% less than one facing due north.
Roof Pitch – A 30 degree pitch is optimal however you will only lose around 1% production for every 5 degree deviation from this.
Weather – Australian cities in general and Perth specifically is one of the best cities on earth for solar due to the many hours of sunshine per year.
System Capacity – The larger the system, the more energy will be produced.
Shading – Solar systems hate shade, small amounts of shade during 9am – 3pm can have a strong effect on production. Shading outside of these hours in certain circumstances is acceptable however it’s best for us to complete a shade analysis if you have any doubts. In the case of shade using micro inverters can be very useful, as these will minimise the effect of shading on solar output.

5. How will I be benefiting the environment?

Producing energy via a solar energy system helps the environment by reducing the need to burn carbon emitting fossil fuels such as coal and gas.

Before you go Solar

1. Am I eligible for a local grant, rebate or loan?

Yes. All installations under 100kW (and systems with an annual electricity output of less than 250MWh) are eligible for Small-scale Technology Certificates, or STCs for short. It is a form of rebate and for a 6.6kw in Perth currently adds up to around $3000 per year. You’re eligible for STCs whether you’ve previously accessed a rebate or not. It’s also not means-tested and is accessible by everyone. The solar PV system or product you purchase in order to receive STCs must adhere to the Clean Energy Council (CEC) design and install guidelines, only use panels and inverters on the CEC approved list, comply with the relevant standards (like AS 4777), and be installed by a CEC accredited installer. Solar2020 meets all these requirements.

2. I’m building. What do I need to do now to ensure I can have solar installed later?

In most cases, we can make an effective system using the space available. However, it doesn’t hurt to set aside some space on the north-facing and western roof for at least 10 panels each. A common panel these days tends to be 1.7 m x 1.0 m, so a little over 20m² for 10 panels will give you over 3.6 kW. However, if you want more panels and a larger system, you will need additional roof space. You’ll only lose approximately 15% of energy yield if panels are installed on the east or west (compared to north-facing panels), so we often incorporate these aspects too to make the most of the roof space you have available.

It’s often difficult to size a system on a new build as there’s no history of power usage. For this reason, we usually stick to common sizes like 6.6 kW. Note that for a single storey home, it’s just as easy to install after the build is complete. For two-storey installations we advise that you consult with us directly as it may be advantageous to complete some of the work during the build. Other things you can do to prepare include:

STCs are Small-scale Technology Certificates. These certificates are a tradeable item and are created when you install a small-scale renewable energy system, such as solar power systems, solar hot water systems or heat pumps. These STCs fluctuate but are currently worth around $35 each, which equates to around  $3000 on a 6.6 kW system in the Perth area. Almost all solar companies will quote you a price with the discount factored in, meaning you only have to pay the remaining amount after the “rebate” is factored in.

For hot water and heat pumps, the number of STCs is best determined by going to the REC registry website and putting in the details of the system, as they maintain the most up-to-date catalogue of information. For solar power, the following formula is used, which factors in system size, location and when it’s installed:

The system size is the total kW output of the system you’re installing. The zone multiplier is one of four values assigned to each postcode in Australia. This number is based on how conducive the postcode area is to solar production and includes the average solar radiation as well as other factors. The deeming period is the number of years the system will (on average) be operational, which is set by the Clean Energy Regulator (12 for installations in 2019, but reducing by one each calendar year). You can’t claim part of an STC, so round down at the end, as decimals are not allowed for.

A 6.6kW system in 2020 will give you 98 STCs in Perth, (Perth, Brisbane, Sydney, Adelaide are all zone three). And will be less in 2021 due to the yearly phase-out of the rebate. If you were to install a system in zone four areas, such as Melbourne (VIC), Hobart (TAS) or Albany (WA), you would receive fewer STCs – this is because the same size system in these cities produce less energy comparatively due to climate conditions. Likewise, if you were to install in a zone two area like Darwin (NT), you would attract more STCs thanks to the higher than average energy production.

4. How much will solar actually save me on my bills?

When it comes to how much you can save with solar, this will vary between households. Below are the factors which can impact your savings. 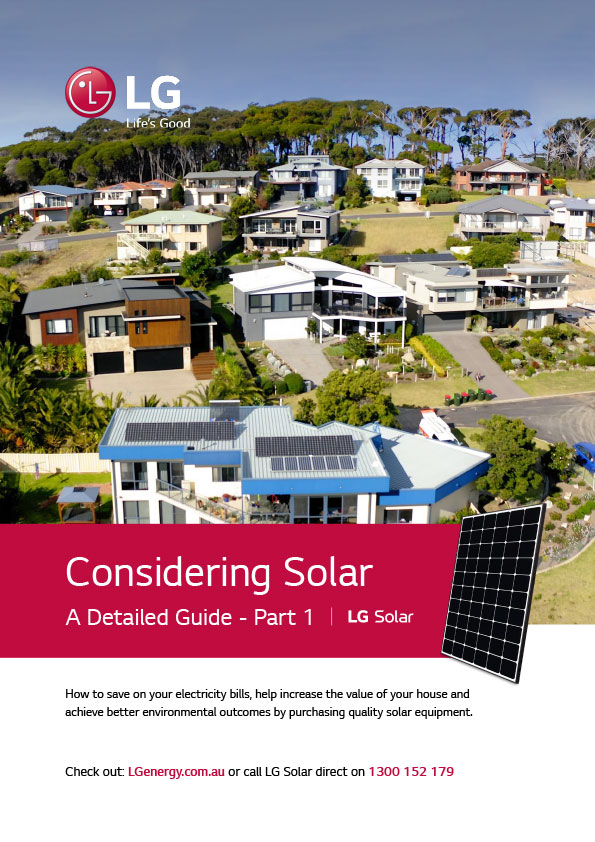 Written by experts with over 20 years of solar experience.